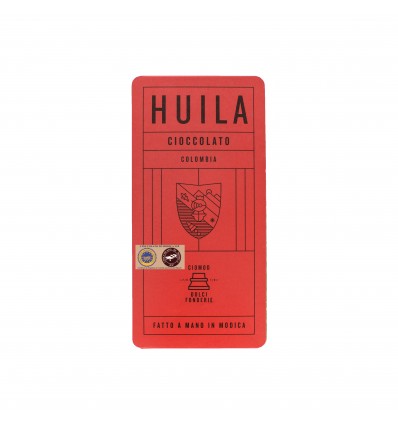 *The cocoa mass is extracted by the refining of cocoa beans using stones in our laboratory.

This product is no longer in stock

Gigante is a municipality in the Huila Department, one of the first territories in Colombia where cocoa and coffee production developed. It is in Huila that, in 1960, the Federacion de Cacaoteros, which promotes cocoa cultivation throughout the country, was founded. In recent years coffee production has gained the upper hand and many old cocoa plantations have been partially abandoned. Because of the abandonment of the old plantations in favour of coffee cultivations, the producers have not invested in the replacement of the oldest hybrids with the new highly productive ones. The Asogigante, an association of cocoa producers from Gigante, is directed by Christian, only 22 years old. Christian constantly studies to offer a well fermented cocoa and to select and preserve the best old hybrid trees. This ancient cocoa, which is characterized by fruity notes of blackberry, grapes, and ripe strawberries alternated with floral aromas of violets and wild flowers, has been thus preserved. A cocoa which represents a real treasure to be saved.

It may contains traces of nuts

13 other products in the same category:

Chocolate with "the late mandarin" of Ciaculli.